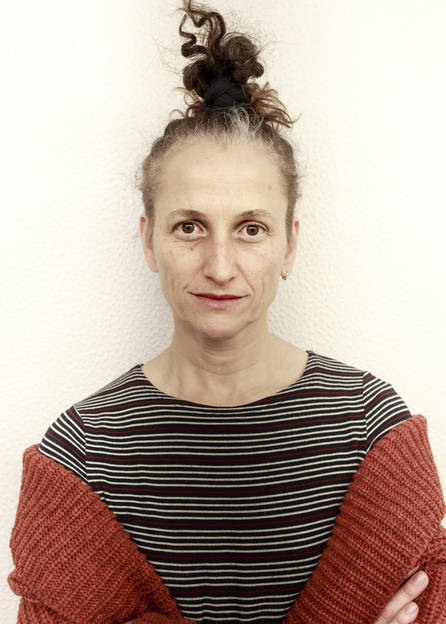 January starts in the best way, with the second phase of Vera Mantero's creation for the group Dançando com a Diferença.

The decision to invite Vera Mantero to choreograph for Dançando com a Diferença was an old desire of Henrique Amoedo, who sees in the aesthetic and artistic language of this choreographer an essential element for the artistic development of the cast and the company's work.

From January 8 to 31, the Dançando com a Diferença studio will host the artist and the dancers for three weeks of intense work full of discoveries.

Artist, dancer and choreographer, Vera Mantero studied classical dance with Anna Mascolo and was part of the Ballet Gulbenkian between 1984 and 1989. She became one of the central names in Portuguese New Dance, having started her choreographic career in 1987 and shown her work throughout Europe, Argentina, Uruguay, Brazil, Canada, South Korea, USA and Singapore. In 1999 Culturgest organized a retrospective of her work to date, entitled "Month of March, Month of Vera". She represented Portugal at the 26th São Paulo Biennial 2004, with "Comer o Coração", created in partnership with Rui Chafes. In 2002 she was awarded the Almada Prize (IPAE/Ministry of Culture) and in 2009 the Gulbenkian Art Prize for her career as a creator and performer. Since 2000 she has also dedicated herself to voice work, singing the repertoire of various authors and co-creating experimental music projects.

As local supports, we have the: PortoBay Hotels & Resorts and the Júlio Silva Castro - Fotografia, Vídeo e Publicidade.