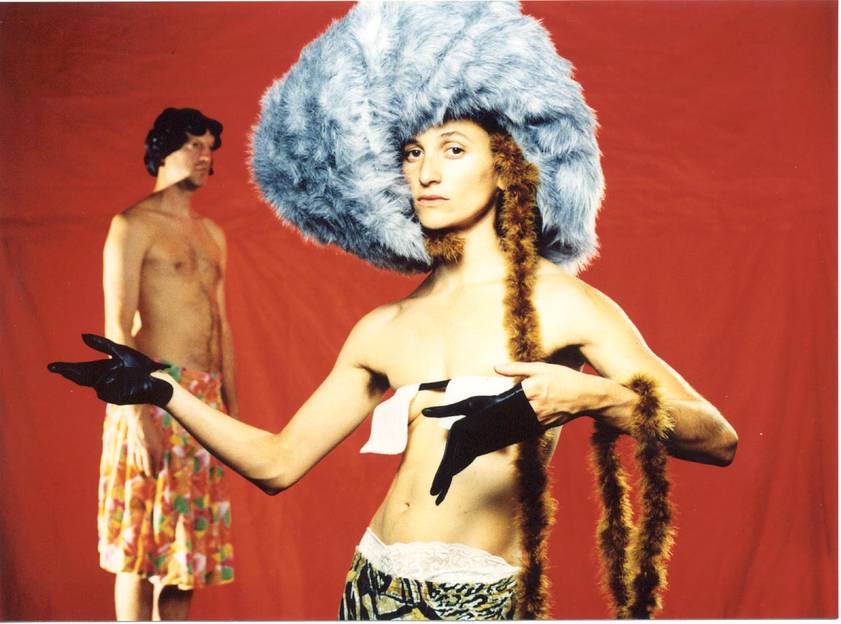 For the period between March 18 and 22, Dançando com a Diferença invitated the choreographer and dancer Vera Mantero to come to Madeira and develop the workshop “O Corpo Pensante” ("The Thinking Body") for its professional dancer cast and a public activity called “A Minha História da Dança” ("My History of Dance ").

“A Minha História da Dança” is an activity open to the public, knowledgeable and curious about the work of Vera Mantero and will take place next Wednesday, March 20 between 6PM and 8PM at the São Martinho Gymnasium ( Esmeraldo Road nº 6). It will be the second session of this activity, similar to the previous one that happened with La Ribot last January.

In “A Minha História da Dança” Vera Mantero, will develop a conversation with the audience, where she will present and describe her entire career in dance, talking about her work, her ideas, her influences and her inspirations. In an informal conversation, this initiative of Rumo do Fumo and Fórum Dança (Dance Forum) is promoted in Madeira by Dançando com a Diferença and seeks to develop a close relationship between the public and the works of the artists presented here. Anyone interested in attending “A Minha História da Dança” by Vera Mantero must, until Tuesday March 19th, book a place through the number: 92 706 9966 or email: [email protected]

With the cast of Dançando com a Diferença, Vera Mantero will develop the workshop called “O Corpo Pensante” a work where relaxation, the use of voice, writing, breathing and free association are some of the means to reach the movements, actions, structures and desires of composition that exist in us.

In this activity, the particular states of consciousness, the attention to outer and inner signs (awareness), the use of space and the exploration of objects and materials are important. About this initiative with Vera Mantero, Artistic Director of Dançando com a Diferença, Henrique Amoedo refers to us that "the proposal of Vera Mantero comes together with the development of the corporal and professional awareness, bases of the Dance-Physical Education Method, which we use as in the construction of our intervention methodology. It is also one of our objectives to invest in the continuous training of our interpreters, this being one of the actions that goes along with this objective.".

An artist, dancer and choreographer, Vera Mantero studied classical dance with Anna Mascolo and joined the Gulbenkian Ballet between 1984 and 1989. She became one of the central names of the New Portuguese Dance, having started her choreographic career in 1987 and showed her work through all of Europe, Argentina, Uruguay, Brazil, Canada, South Korea, USA and Singapore. In 1999 Culturgest organized a retrospective of her work to this day, entitled “Mês de Março, Mês de Vera” ("Month of March, Month of Vera"). She represented Portugal at the 26th Bienal de São Paulo 2004, with "Comer o Coração" ("Eat the Heart"), created in partnership with Rui Chafes. In 2002 she was awarded the Prémio Almada (Almada Prize) (IPAE /Ministry of Culture) and in 2009 the Prémio Gulbenkian Arte (Gulbenkian Art Prize) for her career as a creator and interpreter. Since 2000 she has also been dedicated to voice work, singing repertoire of various authors and co-creating experimental music projects.

Vera Mantero's “O Corpo Pensante” workshop and the “A Minha História da Dança” activity of the Rumo do Fumo and the Fórum Dança are promoted in Madeira by Dançando com a Diferença with funding from the Direção-Geral das Artes (Directorate General for Arts).