A year of achievements for Dançando com a Diferença 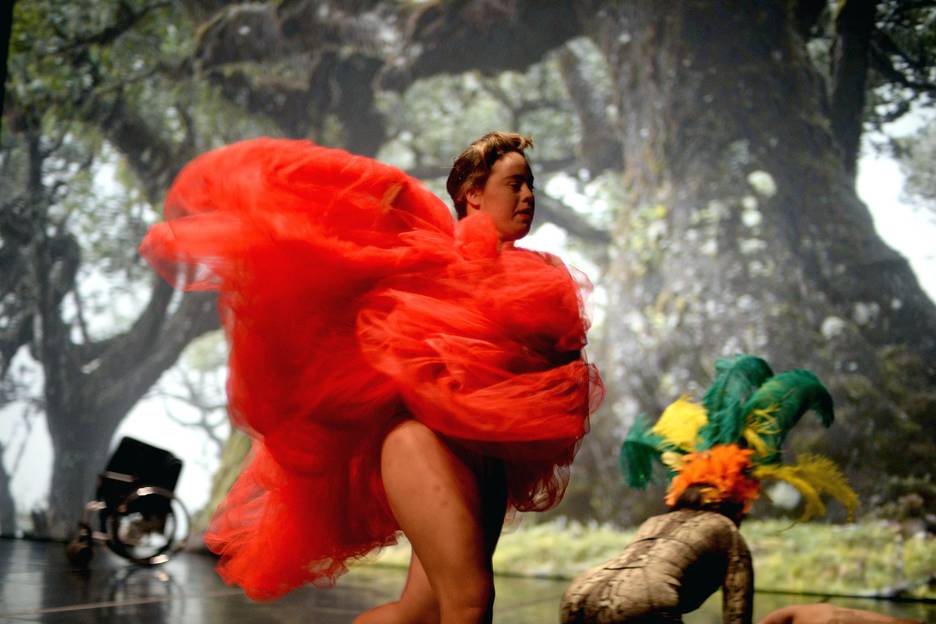 A year of achievements for Dançando com a Diferença

For Dançando com a Diferença the year of 2018, which now is ending, was a year of immense work that resulted in, growth and solidification of some structural actions, the consolidation of previously planned actions at an international level and presentation of pieces of its repertoire, some in creation and some remakes.

Under the artistic direction of Henrique Amoedo, the group highlights to Diário, in the artistic scope, "Happy Island", a creation by La Ribot for Dançando com a Diferença that had its preview in May 2018, at MUDAS (Museu da Arte Contemporânea da Madeira - Museum of Contemporary Art of Madeira). Then in September, "Happy Island" premiered at the Festival La Batiê in Geneva, followed by three performances in Madrid (Spain) at the Festival Internacional de Artes Escénicas. (International Festival of Performing Arts). In Portugal, Dançando com a Diferença at the Teatro Viriato (Theater in Viseu) presented the national debut of this creation and then at Culturgest (in Lisbon), in November. "The debut year of this piece was certainly the prelude for a 2019 that certainly will be marked by the intensification of the rhythm of “Happy Island” presentations abroad and also in Portugal", they guarantee.

But it was not only on the artistic level that Dançando com a Diferença intensified its activity. In pedagogical terms, the year was also full of initiatives, both inside and outside doors, highlighting the project of Dançando com a Diferença in promoting social and cultural inclusion through Inclusive Dance for teenagers and adults with and without disabilities. In 2018, the "CAO Artístico Arte em Mobilidade" ("CAO Artistic Art in Mobility") project ended with an honorable mention of BPI Capacitar 2016 prize, within a partnership with the Secretaria Regional da Inclusão e Assuntos (Regional Secretariat for Inclusion and Affairs). This year also marked the launch of the project "+INCLUSÃO ESCOLAS" ("+ INCLUSION SCHOOLS"), within a partnership with the Secretaria Regional de Educação (Regional Education Secretariat), and developed with the students from the specialized unit of the Escola Horacio Bento Gouveia School. This project aims at empowering the autonomy and personal development of school-age people with disabilities, with activities of daily living and basic skills for personal and social development with a view to their full social inclusion, always inserted in contexts close to what they find in real life.

Outside of Madeira, Dancando com a Diferença - Viseu, an initiative within a partnership with the Viriato Theater and with the support of the Município de Viseu (Municipality of Viseu), through the Conselho Local de Acção Socia (Local Council of Social Action) begins to take on even greater importance.

About this past year, Henrique Amoedo, artistic director says that 2018 "was a year in which we witnessed an exponential growth of our activities inside and outside the company and this has brought us an even greater relationship. An recognition even greater for aesthetics of the shows we present, but also for all the actions that we develop in the educational / pedagogical field, which often have a lower visibility but which undoubtedly promote the qualification of children, young people and adults with disabilities with whom we work with. For 2019, we seek to continue this new cycle that 2018 provided, cementing our activities and improving what we already have developed. I see next year as a year of continuity and greater growth in the artistic recognition of our company, we have foreseen long periods of circulation of our shows in Portugal and throughout Europe, we have different projects at hand in Madeira and Viseu and with this we will certainly focus on those we work for and fulfill our fundamental mission: to change the social image of people with disabilities. "

For the year 2019, Henrique Amoedo sees two major challenges of the whole structure of Dançando com a Diferença: "The first one refers to the management of the very growth of the structure that is Dançando com a Diferença. We have to find ways to continue to grow without losing our bases. Our growth can’t make us less human and more distant from people. "As a second challenge, "it remains difficult to find legal mechanisms for academic recognition in the activities of Dançando com a Diferença. There are dancers who have been with us for seventeen years and have a very low academic qualification. We look at this reality very seriously and think about how to modify this situation. This is another challenge and we have already been working on solving this situation for some time. I hope 2019 brings us the conclusion of this long process.