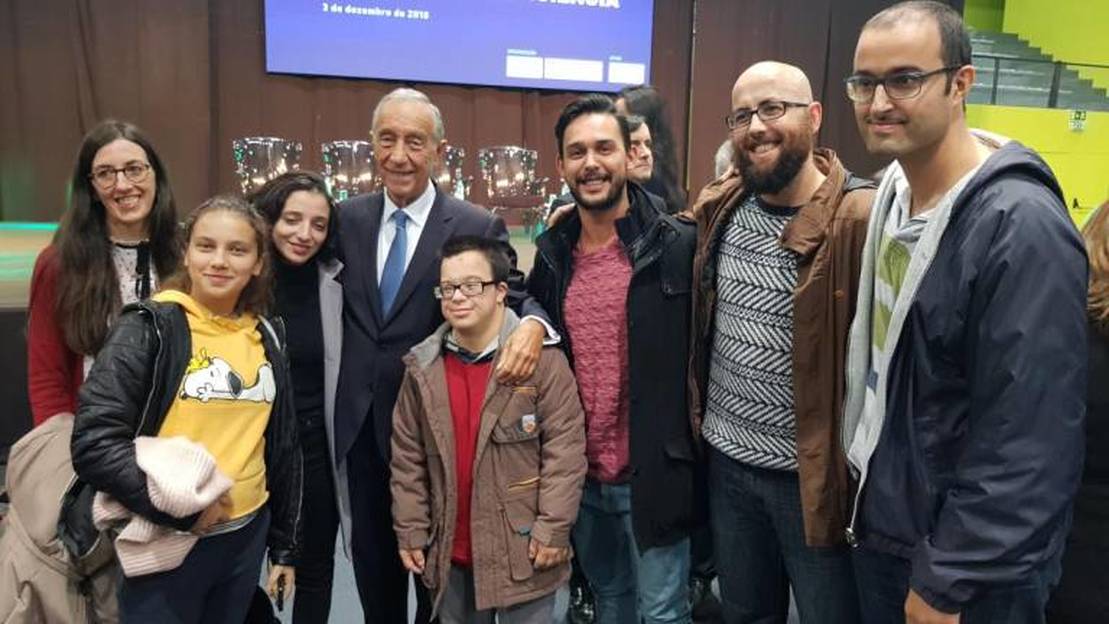 The President of Republic, Marcelo Rebelo de Sousa with the cast

The President of Portugal Marcelo Rebelo de Sousa, welcomed Dançando com a Diferença, who performed at an event organized in for the International Day of People with Disabilities. On the mainland, but also in Madeira, the dance company presented the same excerpt from the choreography ENDLESS by Henrique Amoedo, opening the national solemnities and closing them in Funchal.

At the Multipurpose Pavilion in Odivelas, the public can participated in debates, attended dance performances and music groups, exhibitions and the awards by the National Institute for Rehabilitation. The event was attended by the Secretary of State for the Inclusion of People with Disabilities, Ana Sofia Antunes, and the President of the Republic, who made a point of talking with the members of the group.