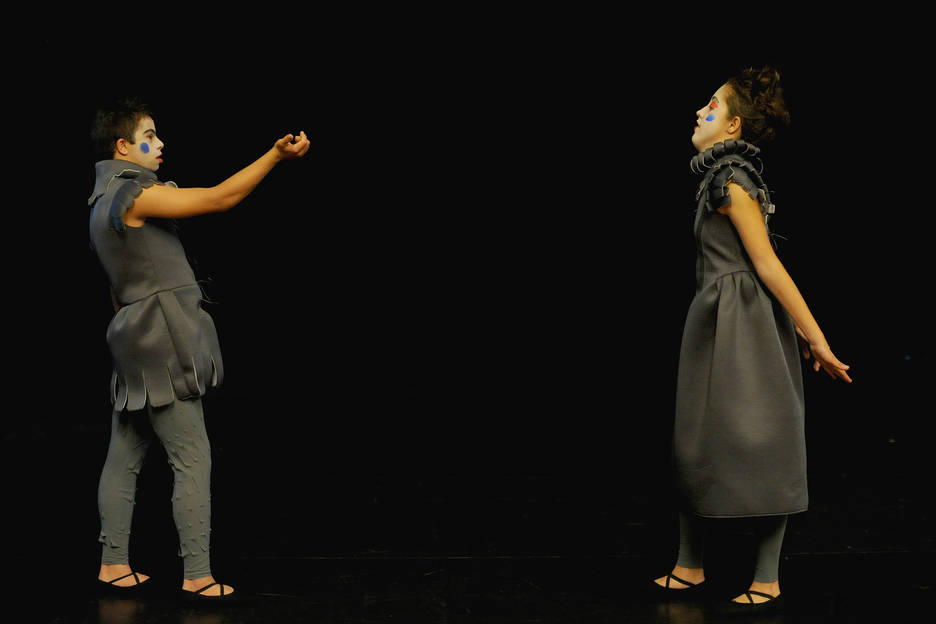 Dançando com a Diferença takes to the stage of the theatre Teatro Virginia, in Torres Novas, next October 27th, the spectacle DOESDICON, the creation of Tânia Carvalho that premiered in 2017.

In the words of the choreographer of DOESDICON, she looks for a drawing a composition of fixed, non rigid, movements. It is a work of the rhythmic contrasts between the moving and non-moving body. This work seeks to leave no one indifferent.

Since its premiere, which took place at the Teatro Viriato in the city of Viseu, it has already staged in different theaters and cities where we can highlight the Teatro Maria Matos (theatre in Lisbon), Teatro Municipal da Guarda  (theatre in Guarda), Teatro-Cine de Torres Vedras (cine-theatre in Torres Vedras), Centro de Artes em Ovar (Art Center in Ovar) and Museu de Arte Contemporânea da Madeira - Mudas (Museum of Contemporary Art of Madeira in Calheta) where the regional debut took place between June 2nd and 4th, 2017, a work already seen by approximately two thousand people.

Tânia Carvalho developed her new creation, composing, gradually, moments that enchant the audience with the singularities very characteristic of the talent of this artist, associated with the cast of Dançando com a Diferença.

For Henrique Amoedo, artistic director of Dançando com a Diferença, "DOESDICON, more than a year ago since its debut, it still remains a strong and vibrant work. It motivates the dancers and reaches very well to the public. It is an important work of our repertoire, has contributed a lot to the growth of its cast of performers and there is, by the choreographer Tânia Carvalho, a huge affection for us and this creation. We have had many full houses with this work, which is always very rewarding. In addition to DOESDICON we have two more works in circulation at the moment, ENDLESS and HAPPY ISLAND and by the end of this year the three will reach different stages, something that requires a great planning, being also very demanding from the artistic point of view. Important moments for us that are part of Dançando com a Diferença."