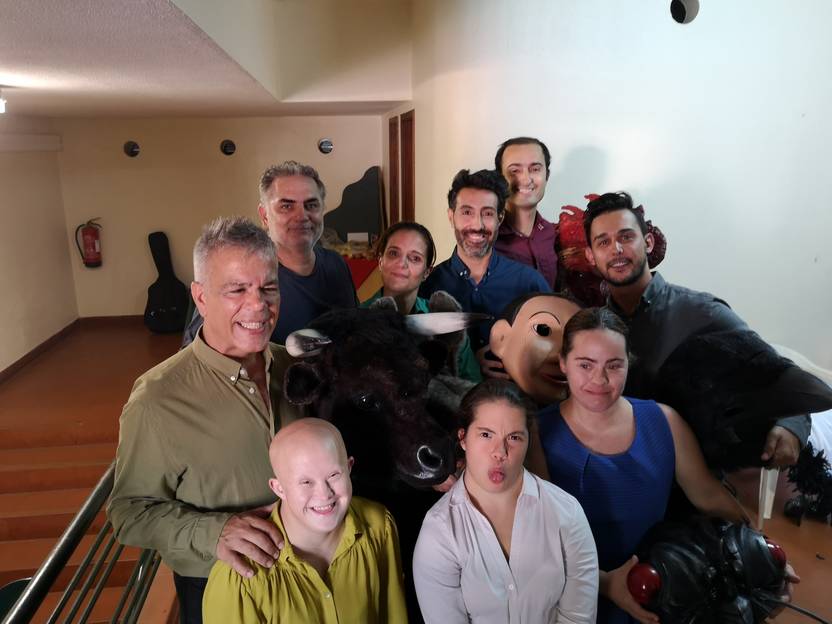 "No less, no more. Equal rights." In health care, in schools, within the family. In the right to freedom. It is the achievement that the participants in the 2nd March of LGBTI+ pride (Lesbian, Gay, Bisexual, Trans, Intersex and supporters) ambition, one of several activities promoted in this edition of Funchal Pride.

For the second time, in Funchal, LGBTI+ was given a voice and still claimed to be discriminated against Madeiran society, whether at school, among friends, at work or in mere social spaces. Against homophobia, biphobia and transphobia, but above all, for equal opportunities. With a meeting point in Praça do Municipio, this Saturday, they marched especially for all trans who still have difficulties accessing health care in Madeira, namely in the transition process.

The rainbow-colored flags, association banners and placards with phrases such as "Deus é mulher e é lésbica" ("God is woman and she is a lesbian"), "- Bolsonaro, + Beyoncé" or "A alma não tem sexo" ("The soul has no sex") filled the Largo do Colégio, where friends and family, and others met for the first time, to fight for a single cause.

Organizations such as the ex aequo network, Opus Gay, UMAR and Amplos found themselves in the crowd in an incentive to "get out of the closet", Manuela Ferreira, representative of the Associação de Mães e Pais pela Liberdade de Orientação Sexual e Identidade de Género (Association of Mothers and Fathers for Freedom of Sexual Orientation and Gender Identity) shares, "the closets have to be opened, wide open, let the sun in", appealing to all parents: "Please open the closets to your children."

Children, parents and grandparents. About 400 people of all ages, genders, social status and sexual orientation. In an aura of satisfaction and hope that the doors will continue to open, that more and more barriers will break, and that the future will be the same. For LGBTI+, for women, for refugees, for minorities.

The hope of a future without prejudice continued their parade to the Jardim Municipal (Municipal Garden), where the party continued until the end of the day with the presence of Carlos Costa, who also marched for the LGBTI+, the Grupo Dançando com a Diferença, the singers Alexandra Barbosa, Isabel Gonçalves, Alli and Carmen Fernandes, the Fado Bicha. A show of transvestites and drag queens and the animation of a DJ closed the Funchal Pride in the Jardim Municipal, then followed the After Party in the Living Room.