PS-Madeira promoted a debate on citizenship and inclusion 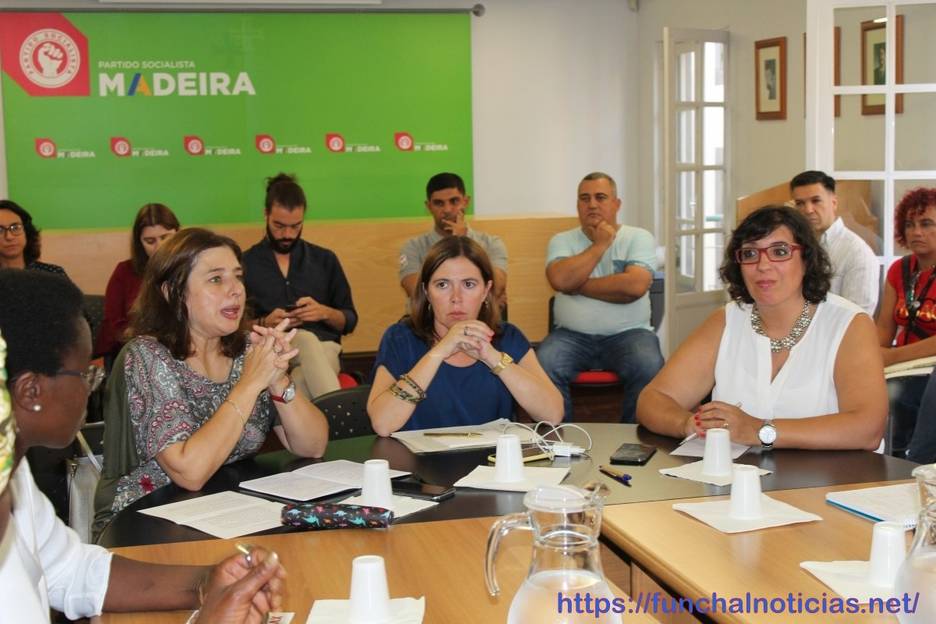 PS-Madeira promoted a debate on citizenship and inclusion

The PS-M promoted a debate today on the theme “Cidadania e Inclusão – Políticas Públicas de Empoderamento” ("Citizenship and Inclusion - Public Policies of Empowerment"). An initiative within the framework of the General States, with the participation of the Member of the Assembly of the Republic and former Secretary of State for Citizenship and Equality, Catarina Marcelino, who aimed to discuss this theme, listening to various associations in the field, to collect contributions for the construction of the PS government program in this area of ​​equality.

According to a statement from the Socialists, Catarina Marcelino explained that equality issues are central to any government program that comes forward, because "equality is an essential value of socialism."

According to the deputy, "equal opportunities for all people is an objective that socialist governance aims to achieve", being "with great pleasure" that sees the PS in Madeira "preparing the regional elections next year, and preparing them in this light, seeking to combine their initiative with the initiative of civil society. " In her view, civil society is having more importance in these areas, so "it is not possible to govern in the area of ​​equality without non-governmental organizations (NGOs)."

Catarina Marcelino emphasized that NGOs are fundamental for the implementation of a political agenda in areas such as gender equality, domestic violence, issues of gender identity and issues of racism and xenophobia, beeing this last one, in Madeira, "has to be looked at from the front, especially the situation of people who come from Venezuela and who have to be integrated". "This is a concern of PS and it is in this context that we are here to discuss and listen to the associations, but also to draw conclusions that can help build an inclusive program and a program for a madeiran society for everyone" stated the socialist parliamentarian.

Asked by journalists about specific measures that can be taken, Catarina Marcelino pointed out, for example, the creation of local networks organized to respond to domestic violence, care responses for young LGBTI people who want to leave home or have family problems, to support the integration into society, and a citizenship education program in schools with the NGOs. On the other hand, in the area of ​​racism and xenophobia, she considered very important to have good answers for the people who come in, but also train the locals, because "racism and xenophobia often come from ignorance".

As for people returning from Venezuela - a problem specific to Madeira - the deputy says that answers must be found in Madeira, which do not just go through the social support that currently exist. According to her, the Social Security in the continent is sending to Madeira the amount of 4 million euros so that the Regional Government can socially support these people. In addition, in the health area, the support is shared by the Government of the Republic in one million euros and the Regional Government applies it and does the work of proximity. But, he underlined, "it takes more than that. It is necessary that society integrates and includes these people and that does not look with distrust at them".

Therefore, Elisa Seixas explained that this was the second initiative of the coordination of the area for Equality regarding to the  General States, emphasizing that "we are interested in thinking about solutions and public policies" articulated with the good practices of associativism, in order to see how the government program in this area can be delineated. "We think it would be very interesting not only to hear the associations, but also who is on the ground in other areas, in this case Catarina Marcelino, who was Secretary of State for Equality and who is currently in the Assembly of the Republic is strugling for these issues," said the coordinator of the PS-M program for Equality.