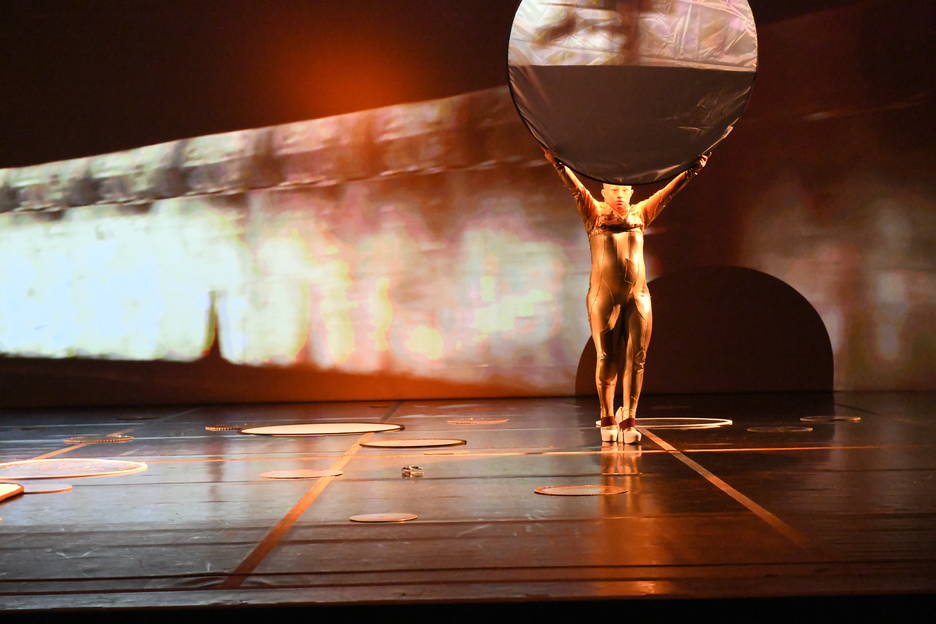 The group Dançando com a Diferença (Dancing with the Difference) will debut today the show "Happy Island" at the Grütli - Center for Production and Diffusion of Performative Arts in Geneva, Switzerland, integrating the Festival of La Batiê.

According to the group, this work is the result of a co-production with the company La Ribot Cie and marks the beginning of a tour that has five shows until September 9 at Grütli.

After six months of artistic residency in Madeira Island, and long periods of work with the cast of Dançando com a Diferença, "Happy Island" emerges as a result of this international co-production with La Ribot, responsible for the creation of this work.

"Happy Island" explores diverse areas, from dance to performance, with a strong cinematic component, along with fine arts elements throughout the exploration of the moving scene.

La Ribot conceived "a delirious universe of fantasy that develops around the singularity and mysticism of the Island of Madeira and its inhabitants. A space (...) that has its own rules, where the difference of each one is the element that brings them together, and defines the way of living in community. "

"Happy Island" creates a narrative where the notions of 'Kitsch' intertwine with the creation of a mythological, sexual and cabaret space, according to the company.

As a background there is a film that takes place in Fanal, Madeira Island, by the filmmaker Raquel Freire, which accompanies the whole play.

"Happy Island" had an preview premier in the Autonomous Region of Madeira, in the MUDAS - Museum of Contemporary Art of Madeira, artistic residence of Dançando com a Diferença.

After its premiere in Geneva, this work will continue a period of international circulation, with 3 more shows from September 10 to 14 in Madrid at Casa Escendida, integrating IDEM 2018 - International Festival of Performing Arts.

The show is a production of Dançando com a Diferença - Madeira and La Ribot - Geneva, in co-production with Le Grütli, Festival La Bâtie, the Parisian National Dance Center and the Commemorations of the 600th anniversary of the discovery of Madeira and Porto Santo.